The statement of RA MFA on the Azerbaijani aggression against Artsakh 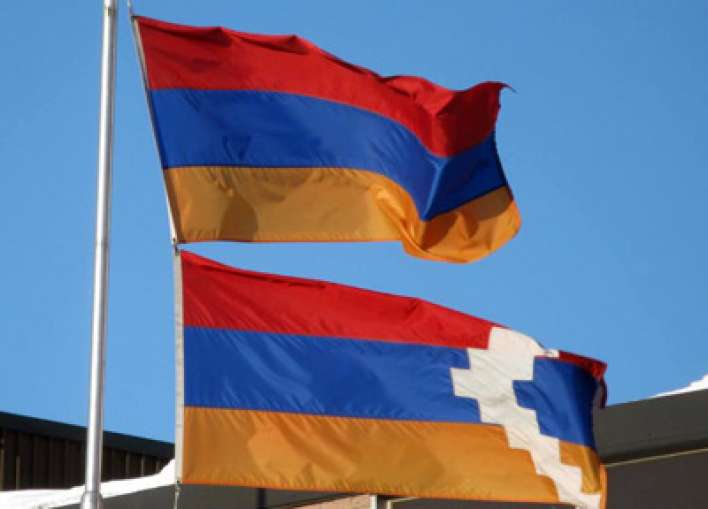 As of September 28, Azerbaijan’s large-scale aggression against Artsakh is ongoing.
The statements of the international community, including the OSCE Minsk Group Co-Chairs and their states on the escalation of the situation along the line of contact between Artsakh and Azerbaijan definitely demonstrate that the international community condemns the use of force, and the undermining regional peace and security.

While facing this united position of the international community, the Azerbaijani side resorts to spreading obvious lies by accusing the Armenian side of instigating hostilities.
There are undeniable facts that it is Azerbaijan who initiated this aggression. For years Azerbaijan has consistently violated the 1994-1995 trilateral agreements on the establishment of ceasefire regime, which have no time limitation, has been rejecting the proposals of the OSCE Minsk Group Co-Chairmanship on introducing investigation mechanisms of ceasefire violations and the strengthening of the ceasefire monitoring, thus retaining the possibilities of the use of force and instigating a “blame game.” The fact that on September 25, Azerbaijan rejected the request of the OSCE Chairman-in-Office to monitor the line of contact is a case in point, which clearly reveals Azerbaijan's objectives to cover up its plans to unleash a war.

The current aggression of Azerbaijan against Artsakh has two features.
Azerbaijan publicly denounced the peace process at the level of the President Aliyev and formulated an objective to resolve the Nagorno-Karabakh conflict through initiating full-fledged war.

Second, to this end, Azerbaijan receives large-scale military-political support from Turkey.
Notably, Turkey has been supporting Azerbaijan within the context of the Nagorno-Karabakh conflict since the 1990s, when it imposed land blockade on the Republic of Armenia. However, Turkey’s support to this aggression and its preparation to this aggression and its preparation has undergone qualitative changes and is characterized by its direct presence on the ground.

The Turkish military experts are fighting side by side with Azerbaijan, who are using the Turkish weapons, including UAVs and warplanes. According to credible sources, Turkey is recruiting and transporting foreign terrorist fighters to Azerbaijan. Meanwhile, Turkey provides full political and propaganda support to Azerbaijan at the highest level of its leadership.
The situation on the ground clearly indicates that the people of Artsakh are fighting against the Turkish-Azerbaijani alliance. Turkey, which a century ago annihilated the Armenian people in their historical homeland and up until now justifies that crime, now supports Azerbaijan by all possible means to carry out the same genocidal acts in the South Caucasus. This genocidal Turkish-Azerbaijani alliance is a serious threat to the peoples of the region.
Armenia and Artsakh are strongly determined to repel with their full capacities and neutralize the intent of that alliance. And that strong resolve of the Armenian sides has no alternative, as it embodies The unshattered will of the Armenian people to live in their historical homeland.
Armenia is absolutely confident that Azerbaijan’s military adventurism will fail, and Azerbaijan will be compelled to renounce its intention to solve the conflict through military means, and to talk to the people of Artsakh not through barrages of artillery, but at the negotiating table.